Clubhouse Moves Out of Invite-Only Beta, Now Open to All Users

It’s been a long time coming, but finally, Clubhouse has announced that it’s moving out of closed beta, with the app now open to everyone who wants to join a Club and tune into the latest audio chats.

It’s even got a shiny new logo for the occasion, which is a major milestone for the audio social originator.

As explained by Clubhouse:

“We have removed our waitlist system so that anyone can join. If you have a club, you can post your link far and wide. If you are a creator with an audience, you can bring them all on. If you’re hosting a public event, anyone can attend. You can bring close friends, classmates, family members, coworkers, and anyone else you like — on iOS or Android.”

Clubhouse’s exclusive, invite-only approach played a significant role in boosting its early hype, with Clubhouse invites becoming an online status symbol of sorts, and even being sold on eBay for ridiculous prices.

That reached peak back in February, when Elon Musk joined a Clubhouse chat, which ended up breaking the app for a time due to the flood of people trying to tune in.

But since then, things haven’t been so great for the buzzy audio social platform. Twitter opened up its Clubhouse clone ‘Spaces’ shortly after, while other apps also looked to tap into the surrounding hype with their own audio social tools, and over time, the arrival of newer, more wide open, more accessible audio social options has seemingly superseded the Clubhouse app for most.

But Clubhouse is still growing. That’s mostly thanks to the arrival of its Android app in May, which has enabled more users in more regions to join, and the app has since gained significant traction in India, where the vast majority of its new users are now coming from.

Will the broader accessibility of the app enable it to re-capture that original buzz, and take on Twitter Spaces and Facebook’s growing audio social options?

It could, and Clubhouse’s founders are, unsurprisingly, leaning on optimism in this respect:

“We suspect there will be many more ups and downs as we scale, and competition from the large networks will be fierce. But we believe the future is created by optimists, and we’re excited to build something new on the Internet – a place based on human connection and lively conversations, where you always feel welcome and free to be yourself.”

Unfortunately, it will need more than optimism to get people to keep coming back to the app – but the fact that everyone now can is a massive step.

But no matter what happens, Clubhouse has still been a major success.

“We’ve added 10M people to the community since we launched Android in mid-May, and seen 90M DMs sent since we launched Backchannel last week. The average listener now spends over an hour a day on Clubhouse, and a huge percentage of people don’t just listen, but actually talk.”

That’s a strong base, and amazing growth, especially when looking to gain traction amongst the established giants, which quickly look to quell all opposition. I wouldn’t bet on Clubhouse’s longer-term prospects just yet, as a lot will come down to content, and the capacity for Clubhouse to now highlight the most relevant rooms to each user, as its servers become more crowded with random broadcasts and rubbish as a result of more users flowing through.

But its achievements have been impressive, and it does have a base to work from, despite rising challenges.

Entering this next stage, Clubhouse could still become a significant platform – if it’s able to get it right. 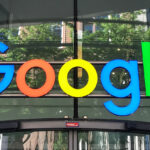 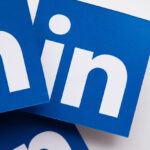