Wait, wait – it’s not what you think.

Some Twitter users got very hyped early today when an example was posted of up and downvotes on tweets, which appeared to suggest that Twitter is considering the Reddit-style option for ranking tweets and replies.

We asked Twitter what’s going on, and whether this was legit, and Twitter explained that this is actually part of a new, small-scale research experiment to learn which replies people find most relevant during conversations in the app.

Some of you on iOS may see different options to up or down vote on replies. We’re testing this to understand the types of replies you find relevant in a convo, so we can work on ways to show more of them.

Your downvotes aren’t public, while your upvotes will be shown as likes. pic.twitter.com/hrBfrKQdcY

The critical element being that up and downvotes won’t be public – and more than that, they actually won’t impact the ranking of individual replies at all, not now, nor in future.

The idea is that Twitter is using the responses from this test to get more of an idea of what people like and dislike seeing in replies. So if a heap of tweets with one-word responses get a lot of downvotes, that may see Twitter re-arrange its comment display in future in order to rank these replies lower in the chain.

As such, it’s not a vote of endorsement or disapproval of each individual statement and comment, it’s a ranking test to see what types of comments people like and don’t.

So, sorry to get your hopes up, but Twitter is not testing up and downvotes options for tweet ranking.

That’s not to say that this won’t ever happen – Twitter has been internally experimenting with various forms of up and downvote options, and emoji Reactions to increase your response set.

But this test, specifically, isn’t what you might think.

But it is still interesting, either way, and could play a role in tweet ranking. And maybe, one day, Twitter will let you up and downvote tweets, which could be a better way to highlight the most relevant, engaging comments.

But I wouldn’t bet on it. 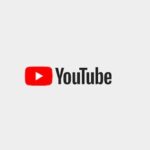 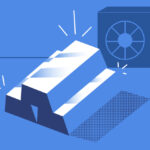