LinkedIn takes a similar approach, with response icons being: like, celebrate, support, love, insightful and curious.

Now, Twitter has announced it is experimenting with an up and down vote feature on its platform, available only for replies to tweets.

The experiment will also only take place on iOS:

Some of you on iOS may see different options to up or down vote on replies. We’re testing this to understand the types of replies you find relevant in a convo, so we can work on ways to show more of them.

Your downvotes aren’t public, while your upvotes will be shown as likes. pic.twitter.com/hrBfrKQdcY

The supporting images showcased the feature as an up and down arrow, a thumb up and thumb down icon, and just a downward arrow icon.

When questioned further in the comment sections, Twitter reiterated that it shouldn’t be viewed as a ‘dislike’ button:

This isn’t quite a dislike button. In this research experiment, the thumbs down icon is a down vote that lets us know that you think the reply isn’t relevant to the conversation. We want to better understand the types of replies you do and don’t find relevant in a convo.

Twitter specified that the experiment is to inform the platform of the relevancy of the conversations that stem from tweets.

Cody Elam, whose profile states he is a user researcher at Twitter, retweeted the post and followed it up with additional information in the thread:

Today, we’re launching an experiment for voting within replies — a way to give us feedback on what replies you find most relevant.

How did research and exploration get us here? ⬇️ https://t.co/hvmNuXvs9S

Comments in the thread specified that past research has highlighted that replies that are informative, supportive, positive, and funny were considered the best types of responses to tweets.

According to the researcher, this latest research approach aims to empower people to voice their opinion on the quality of responses privately, giving Twitter more ‘nuanced feedback’ without ‘publicly shaming others’.

The research will also ascertain whether this feature is valuable to users.

His final thread read as:

“As a researcher, this experiment is a great opportunity to learn about the ways that we can improve conversation ranking on Twitter.

We look forward to understanding how reply voting can improve conversations on Twitter!”

As I scrolled through some of the responses in the thread, there were multiple comments from users voicing concerns that this will make the platform more toxic and has the potential for misuse.

The focus from users seems to be on the down voting aspect rather than the up voting feature, even though the up votes will be visible, essentially working as a ‘like’.

Additionally, comments seem to be requesting that Twitter looks for approaches to bring more positivity to the platform.

There were also a fair few comments asking for Twitter to implement an edit button, so it will be interesting to know if that makes it into the research results.

The initial tweet from Twitter did not specify an end date to the experiment, and it will be interesting to see, in light of the responses, whether this is an experiment that will result in the feature being rolled out or not. 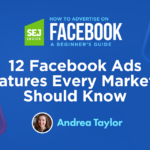 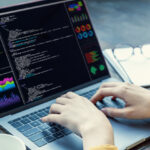